Anycubic is well known from its affordable LCD and DLP resin 3D-printers. Not even one year after it entered the DLP 3D-printer market with the Anycubic Photon Ultra printer. Anycubic now released its successor the Anycubic Photon D2 and Anycubic has made some improvements. These improvements are a larger build volume that puts the printer more in line with other options on the resin market, and higher precision. The Photon D2 has a 2K projector, meaning its pixel resolution is 2560 x 1440. It is not completely known if Anycubic is actually using a 2K projector (as these are not market standard in any industry) or just uses its “old” and affordable 720P projector from the Anycubic Photon Ultra with an XRP actuator on top, read more about that technology here. With these specs, Anycubic says the printer can keep up with 8K LCD 3D printers. This despite a maximum XY accuracy of 51-microns appearing in Anycubic’s slicer for the Photon D2, while 8K machines like the Sonic Mini 8K boast a significantly better 22-micron accuracy. Thanks to our partner 3DJake we received an Anycubic Photon D2 in our lab just days after the release and published the settings for Liqcreate resins in this article. Contact us if you have any questions on printing with Liqcreate resins on the Anycubic Photon D2 or other resin based 3D-printer. 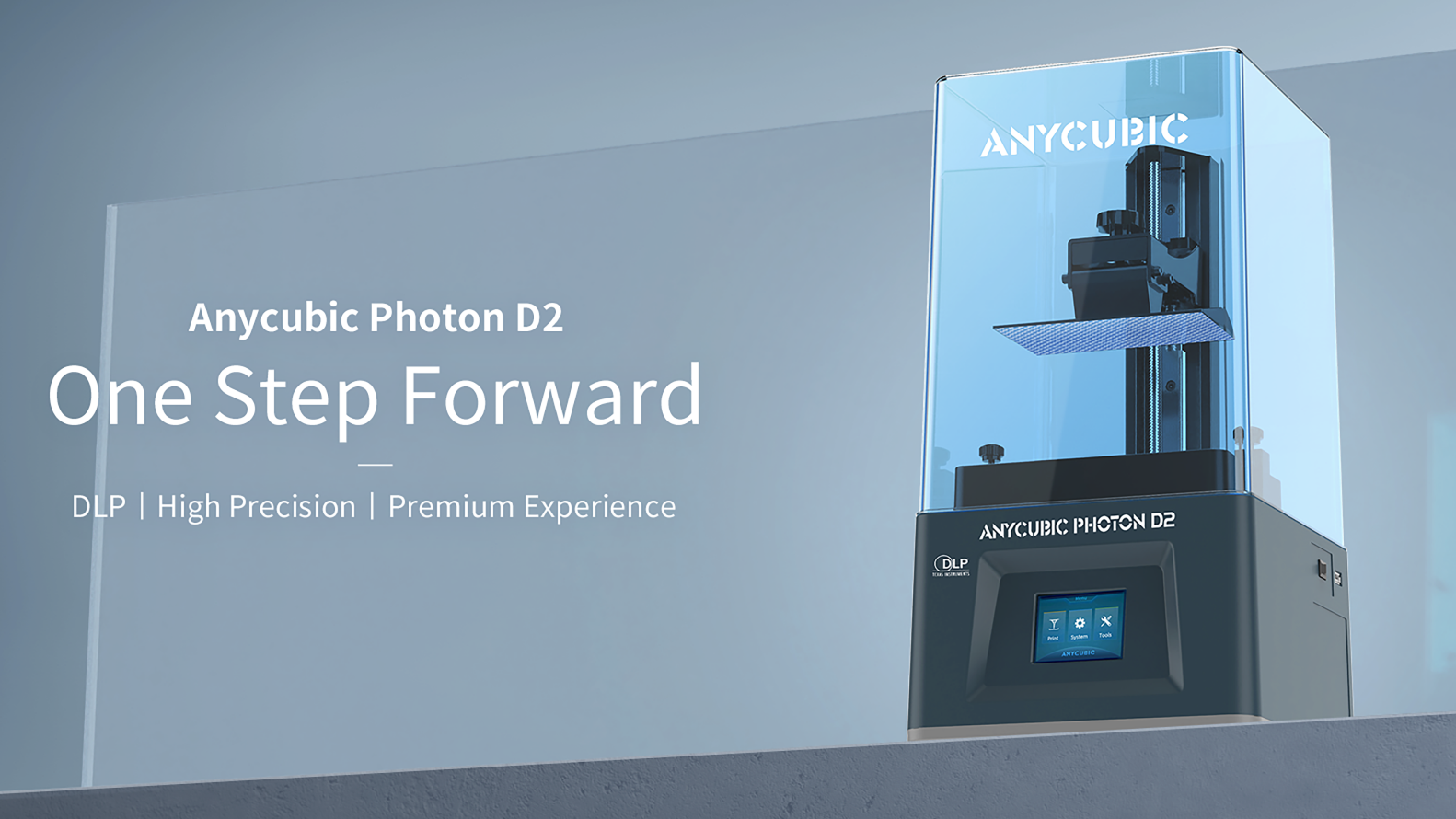 The Anycubic Photon D2  is an open 405nm DLP 3D printer developed in collaboration with Texas Instruments to bring digital light processing (DLP) technology to the desktop 3D printer industry. With a build voume of  131 x 73 x 165 mm. A DLP printer has an optical projector that emits concentrated beams of light only where the resin needs to cure, delivering incredibly sharp results with almost no light leakage or blurred edges. The DLP projector can project a beam with higher uniformity, and the light uniformity on the surface is more than 90%. In an LCD printer, a single large UV light exposes through a screen that has open or closed pixels. However, the light source is always on, resulting in light leakage even with dark pixels.

Contact us if you have any questions or when you need help with settings for the Anycubic Photon D2 (DLP) or other resin based 3D-printers.