An interesting article popped-up at 3dprinting.com about a super tiny and new Anycubic resin 3D-printer called the Anycubic Photon MicroLED Resin Printer. According to 3dprinting.com, the Anycubic MicroLED resin 3D-printer will be unveiled at the TCT Asia Exhibition in August and the CIOE Expo in September in 2022. Hope there will be more information on availability, specifications and pricing at that time. The Anycubic MicroLED 3D-printer is just 175mm in height, and is the first collaboration between Anycubic and JBD. JBD is a leading manufacturer of MicroLED displays. Anycubic and 3dprinting.com comparison the size between the MicroLED resin printer and some beverage cans of familiar sizes for your optical reference. 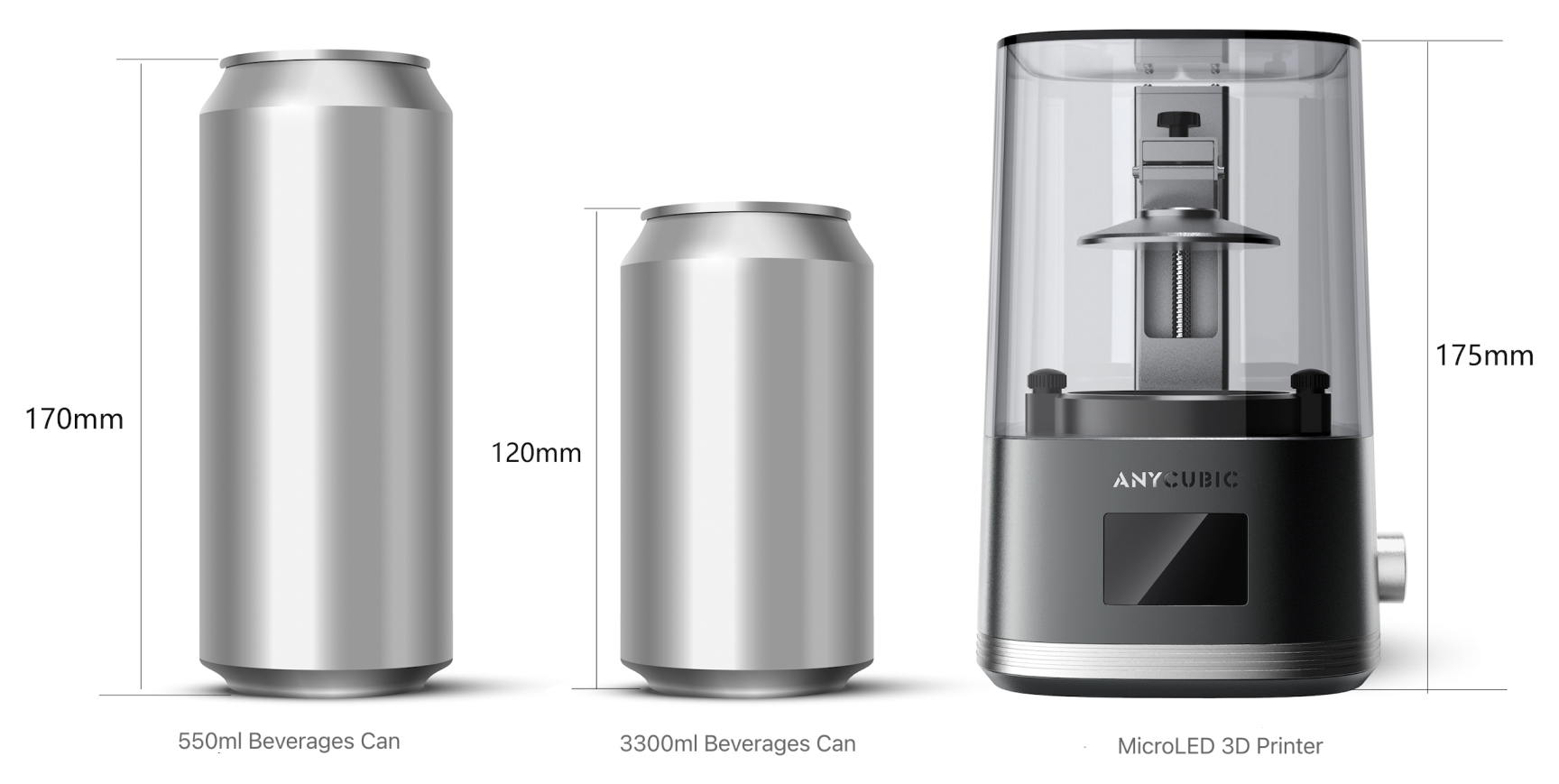 “Constantly exploring new application areas is what keeps JBD moving forward. In this cooperation with Anycubic, JBD will follow the same commitment to providing customers with high-quality MicroLED products,” said Dr. Li Qiming, the founder and CEO of JBD. “And based on this, we will accelerate the promotion of more leading-edge MicroLED technology products and constantly surpass the benchmarks we have set, pushing further the innovative boundaries of the industry.”

At the time of writing, there is not much information available about the Anycubic MicroLED resin 3D-printer. Except that the MicroLED 3D printer will be equipped with JBD’s UV MicroLED Display and the latest adjustable 0.3CC light engine from JBD. The MicroLED 3D printer features high accuracy, low- energy consumption, and a long lifespan at a competitive price. It can print details as small as 10µm due to the high pixel density (>6000PPI) MicroLED micro-display. The energy consumption during operation is a mere 6W.

According to JBD, the light module in the MicroLED 3D Printer works over 20000 hours. The ultraviolet (probably 405nm) light engine of the MicroLED combined the features of small size, high contrast ratio, and ultra-low power consumption. It plays an essential role in making this pocket-sized 3D printer.

At the time of writing, the Anycubic MicroLED is not available, nor any specifications have been released. When the MicroLED is working with a 405 or 385nm light source and the printer is open for 3rd party resins, it is likely that Liqcreate resins can work on the MicroLED, similar to other Anycubic Photon printers. If you happen to have a MicroLED printer and want to test, feel free to reach out to info@liqcreate.com.