Plating is used for many years to deposit a metallic coating to a surface. This could be for cosmetic reasons or functional, such as electroplated chrome or nickel protect the underlying surface from corrosion. Electroplating plastic 3D prints is becoming more common due to the availability of affordable 3D-printers, plating equipment and general knowledge sharing.

What is electroplating and how does it work on 3D-printed resin parts?

Electroplating is usually applied on other metals. The reason is that the underlying material should be conductive. All (non-ESD) resins are not conductive and the process would not work. During the years this was solved by pre-coating a non-conductive surface to produce a thin conductive interface. This makes it possible to plate a variety of metals on the substrates. Mostly used plating metals are copper and nickel alloys. 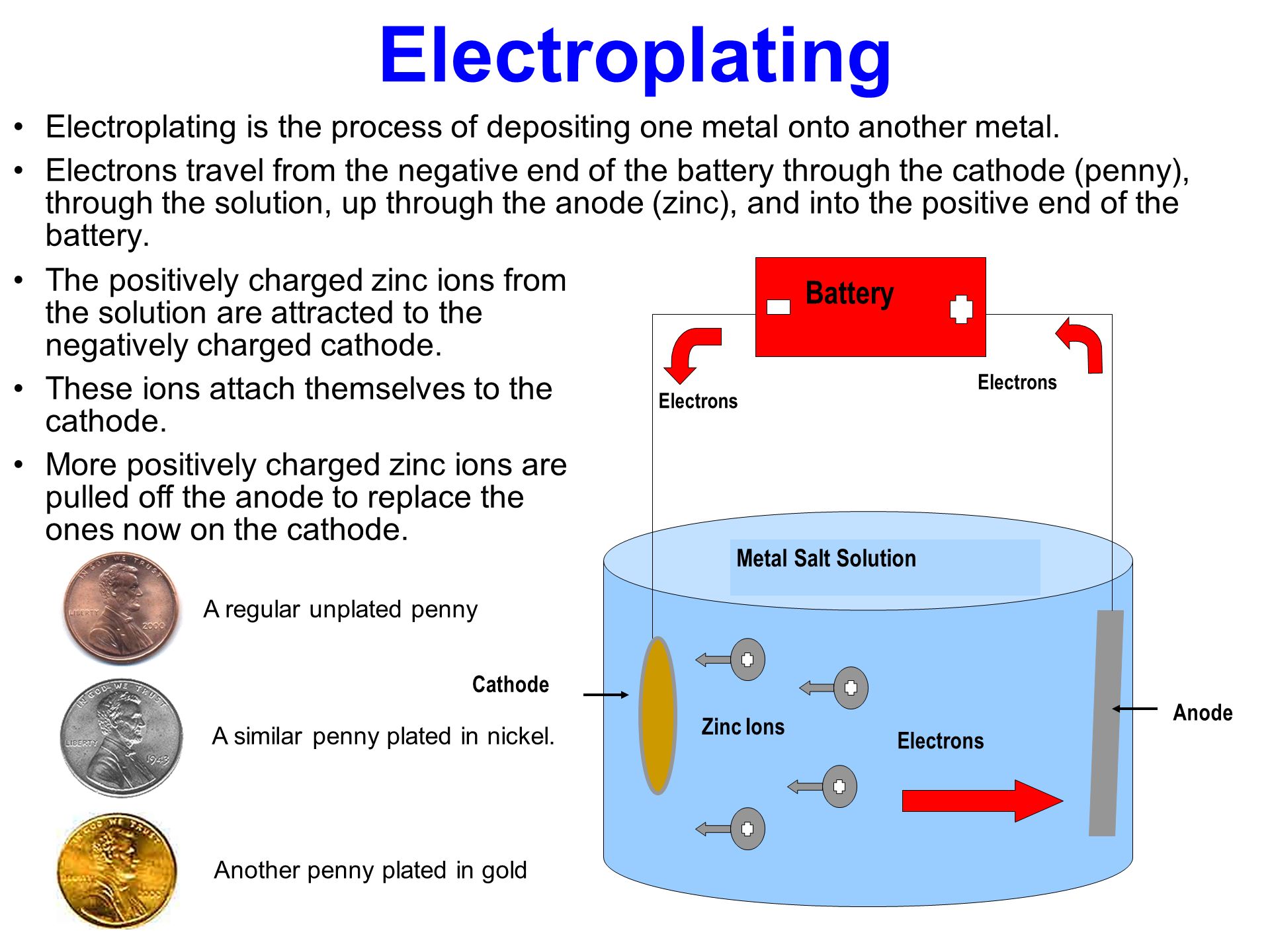 Electroplating principles explained by ThoughCo: Electroplating is the application of electrolytic cells in which a thin layer of metal is deposited onto an electrically conductive surface. A cell is build from two electrodes. These electrodes are usually made of metal, which are held apart from one another. The electrodes are immersed in an electrolyte. When an electric current is turned on, positive ions in the electrolyte move to the negatively charged electrode, called the cathode. Positive ions are atoms with one electron too few. When they reach the cathode, they combine with electrons and lose their positive charge. At the same time, negatively charged ions move to the positive electrode, called the anode. Negatively charged ions are atoms with one electron too many. When they reach the positive anode, they transfer their electrons to it and lose their negative charge.

When electroplating a thin layer of metal on top of a (conductive coated) plastic 3D-printen part, it does not automatically mean that you will get metal properties. There are a lot of factors involved in getting metal-like strength. Formlabs and partners performed a study about this and found that the following points were important to get strong structural metal plated resin parts:

Due to the difficulties in plating and chemicals involved, plating structural parts is not smart or even possible to do outside of a professional workplace.

Some alloys are possible to deposit without the need of aggressive chemicals. Brodie Fairhall shared his knowledge on youtube!

Team Liqcreate wish you happy printing. If there are any questions or remarks, feel free to contact us at info@liqcreate.com any time.