3D-printer manufacturer Elegoo has yet released another printer, the Elegoo Saturn 8K! Previously it announced various versions of the Saturn already. But with this new announcement its product offering is getting more difficult to compare. A few months ago Elegoo announced the Elegoo Saturn 2 also with 8K LCD screen and quite similar specifications. Read what the differences are between these two new printers in this article. Some of our partners have tested Liqcreate resin on the Elegoo Saturn 2 and shared the settings with us. Looking at the specifications and experience with previous Elegoo MSLA printers, we expect that all resins can run on this printer. If you have any questions for resins with no listed settings, feel free to reach out to us.

The 10-inch 8K mono LCD screen is jointly developed by ELEGOO and INNOLUX, with a UHD resolution of 7680×4320 and a 380:1 high contrast ratio, you can print out highly-detailed prints with sharper edges and corners at micron-level accuracy, support printing layer thickness down to 0.01-0.2mm in a faster printing speed. 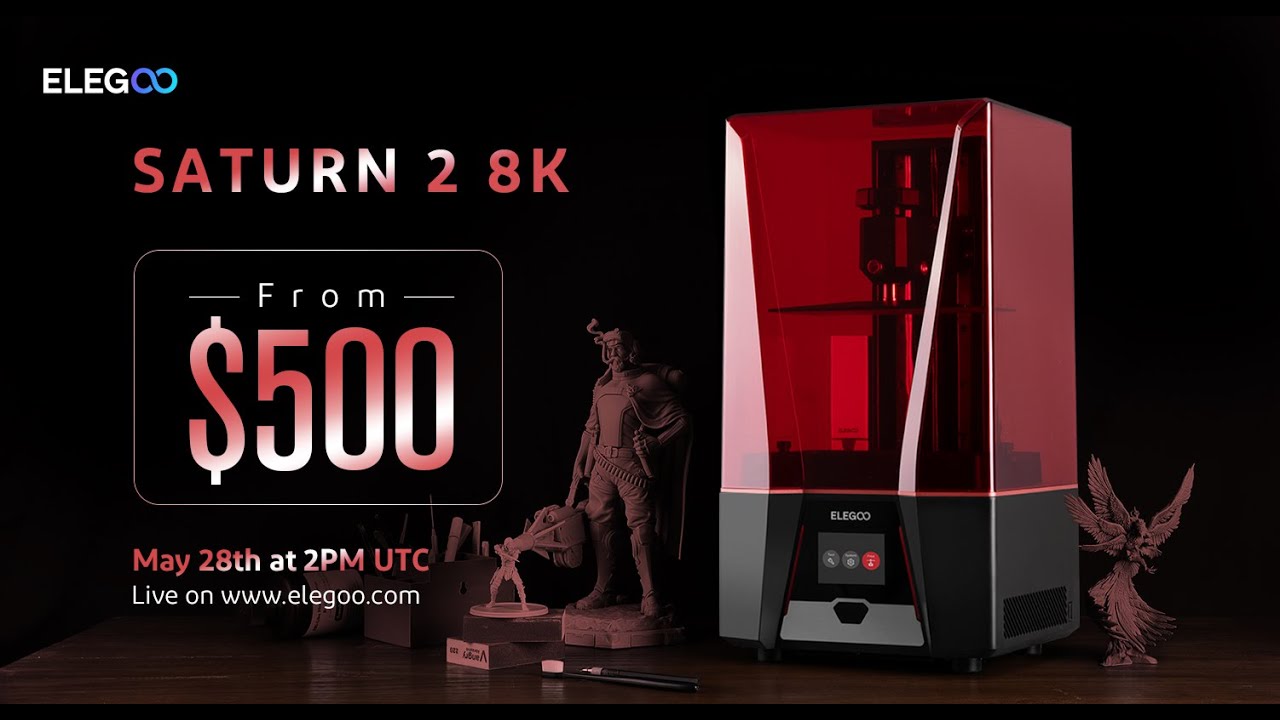 You really have to look at the small letters and details to see the differences between these 3D-printers. To make it easier, we compiled a table below to compare the technical specifications. next to looks, there is one specification that is different between the Elegoo Saturn 2 8K and Elegoo Saturn 8K.

As you can see with the LED system used, the Elegoo Saturn 8K uses a matrix light source with 28 single LED’s. This technology is quite standard amongst the latest monochrome resin 3D-printers. With its new system the Elegoo Saturn 2 8K, the only differences that we can see are the looks of the machine and the new type of light source. this printer uses an arrey of 48 LED’s with fresnel lenses.

Contact us if you have any questions or when you need help with settings for the Elegoo Saturn 2 8K MSLA series or other resin based 3D-printers.