Photocentric has announced a new resin 3D-printer. Over the past years they have already introduced some extremely large LCD / MSLA based type resin 3D-printers with the LCD Opus and the LC Magnus. Now they surprised everybody with an even bigger printer called the Photocentric Titan!

This printer has a staggering build volume of 700 x 395 x 1200 mm. Usually with these big build volumes the pixel size is horrible, but with its 8K LCD screen they kept it quite acceptable at just 91µm pixel pitch resolution. This new machine aims to make large-scale production a reality for AM applications in automotive, transport, creative arts and merchandising. 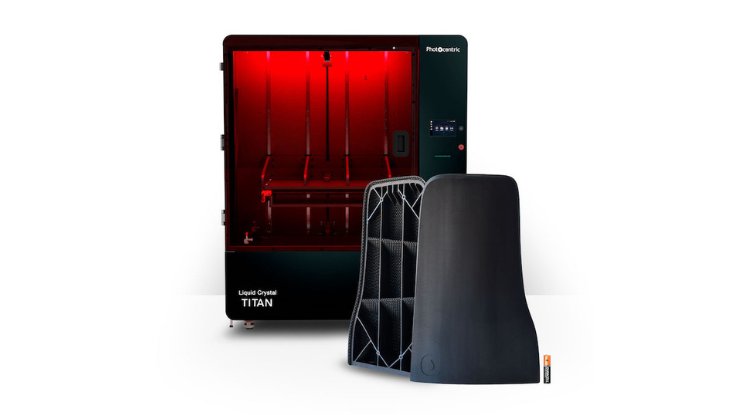 Photocentric reveiled the first technical specifications of this printer. When comparing Photocentrics current flagship printer, the LC Magna with the new Photocentric Titan, some differences can be found.

Especially the size of the machine is impressive and due to its 8K resolution LCD screen the pixel size is even improved compared to the smaller LC Magna printer.