Liqcreate Hazard Glow is the first ever glow in the dark resin available for 3D-printing. In the FDM printing industry, plenty of glow in the dark PLA or ABS filaments are present. With the availability of a 3D-printing glow resin, high detailed glow parts and a brighter glow effect is available for open 3D-printers. In this article you can see user prints and experiences. Click here if you want to learn more about the processing of Liqcreate Hazard Glow.

In 2018, French 3D-printing platform Nozzler.fr worked and reviewed Liqcreate Hazard Glow. They printed parts on their Phrozen Sonic Mini 4K and had stunning results. Read the complete review (in French) here. Some of their printed parts: 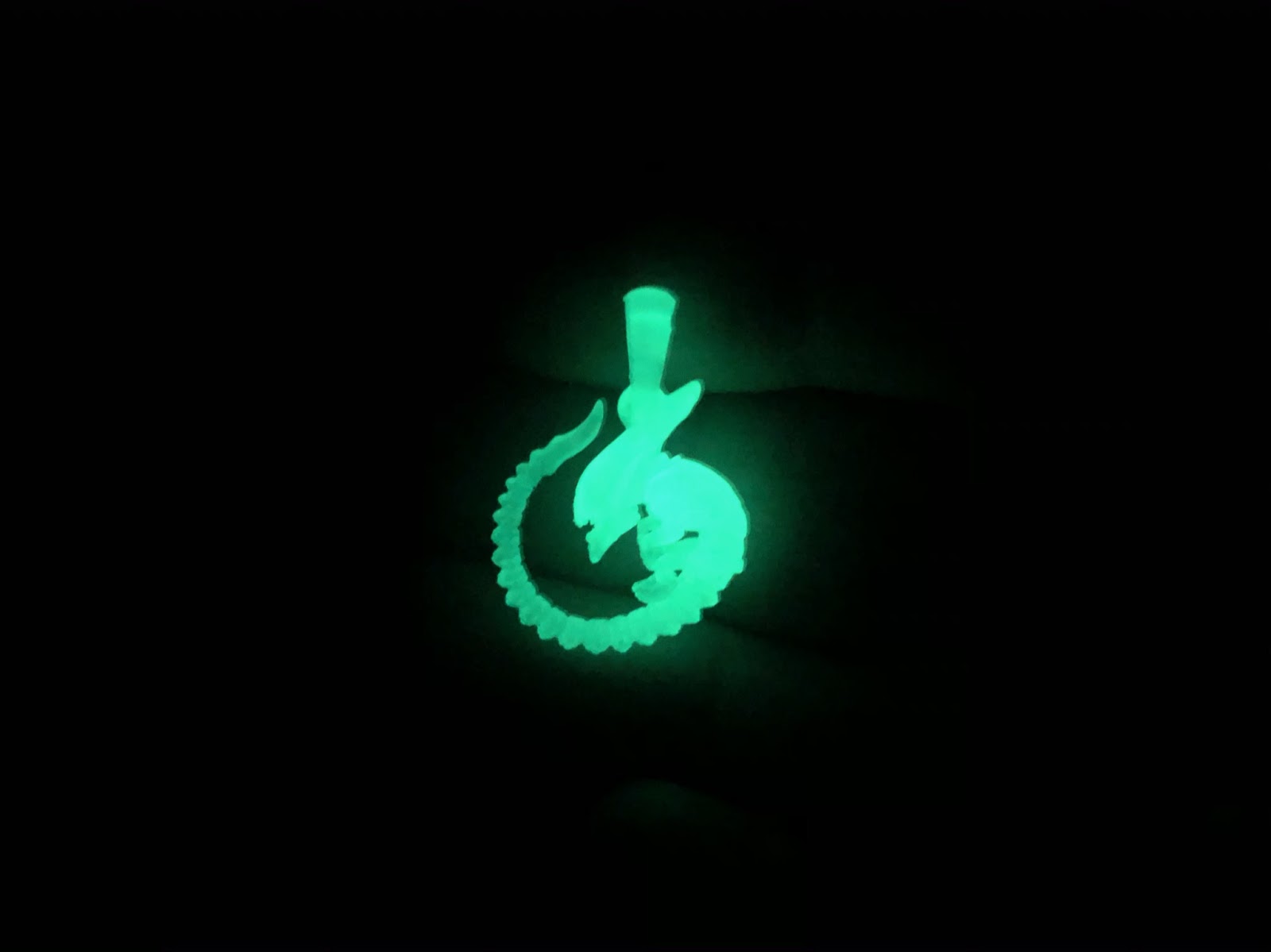 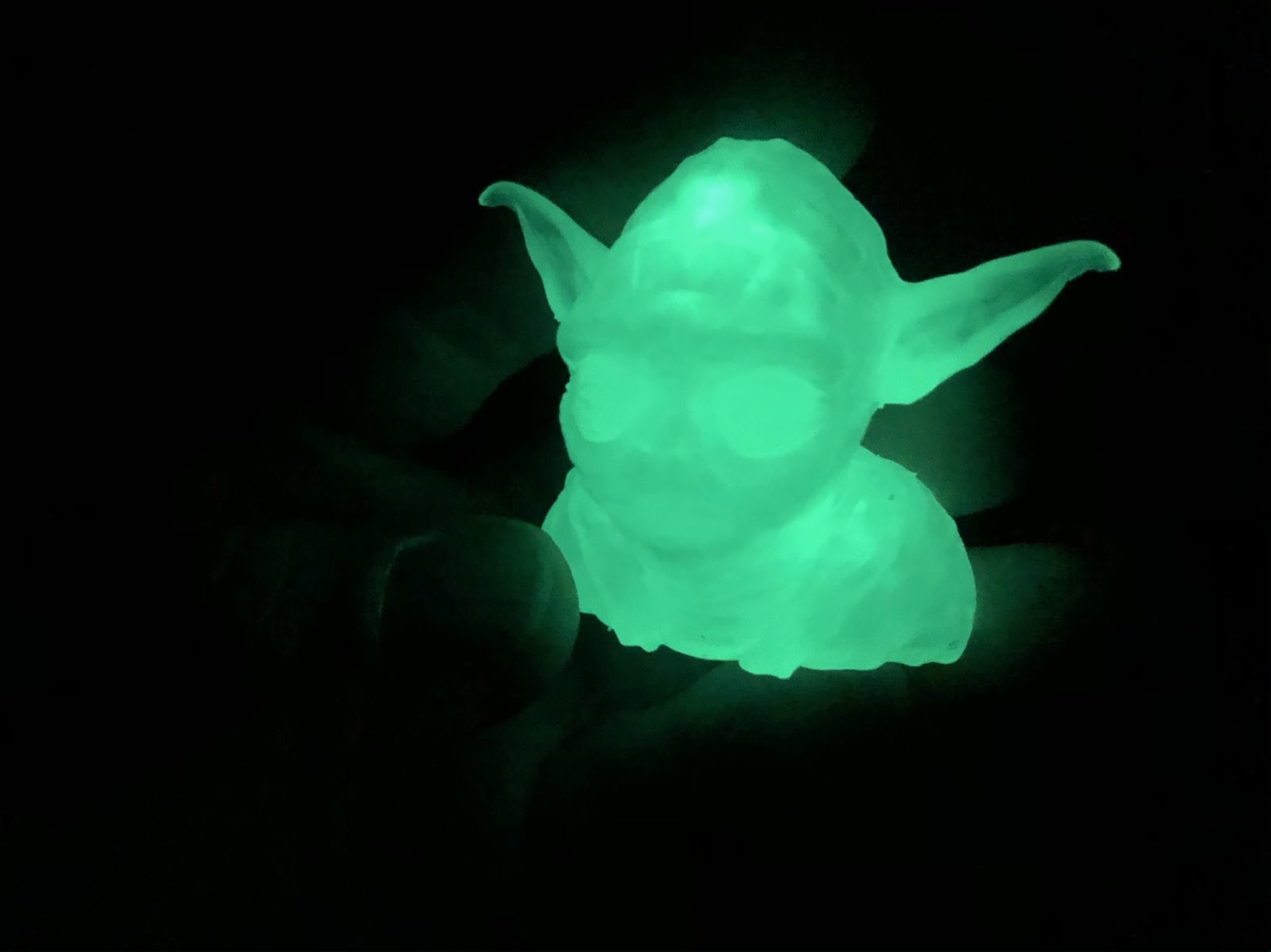 In 2022, knowwheredesign benchmarked Liqcreate Hazard Glow and Siraya Glow and posted the result on reddit. See the results here: 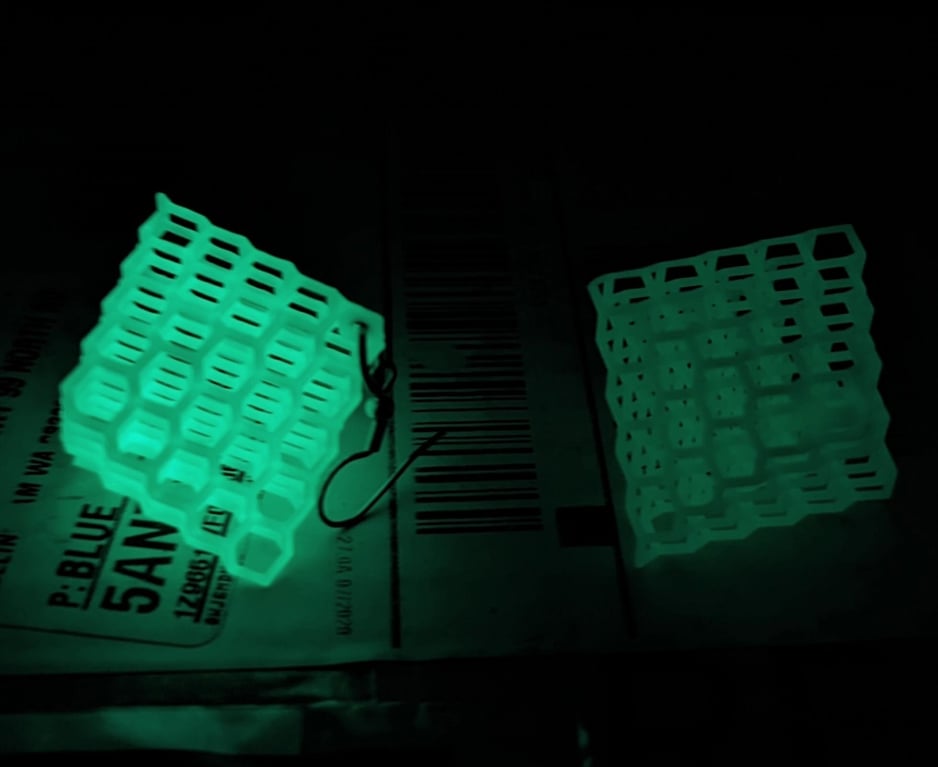 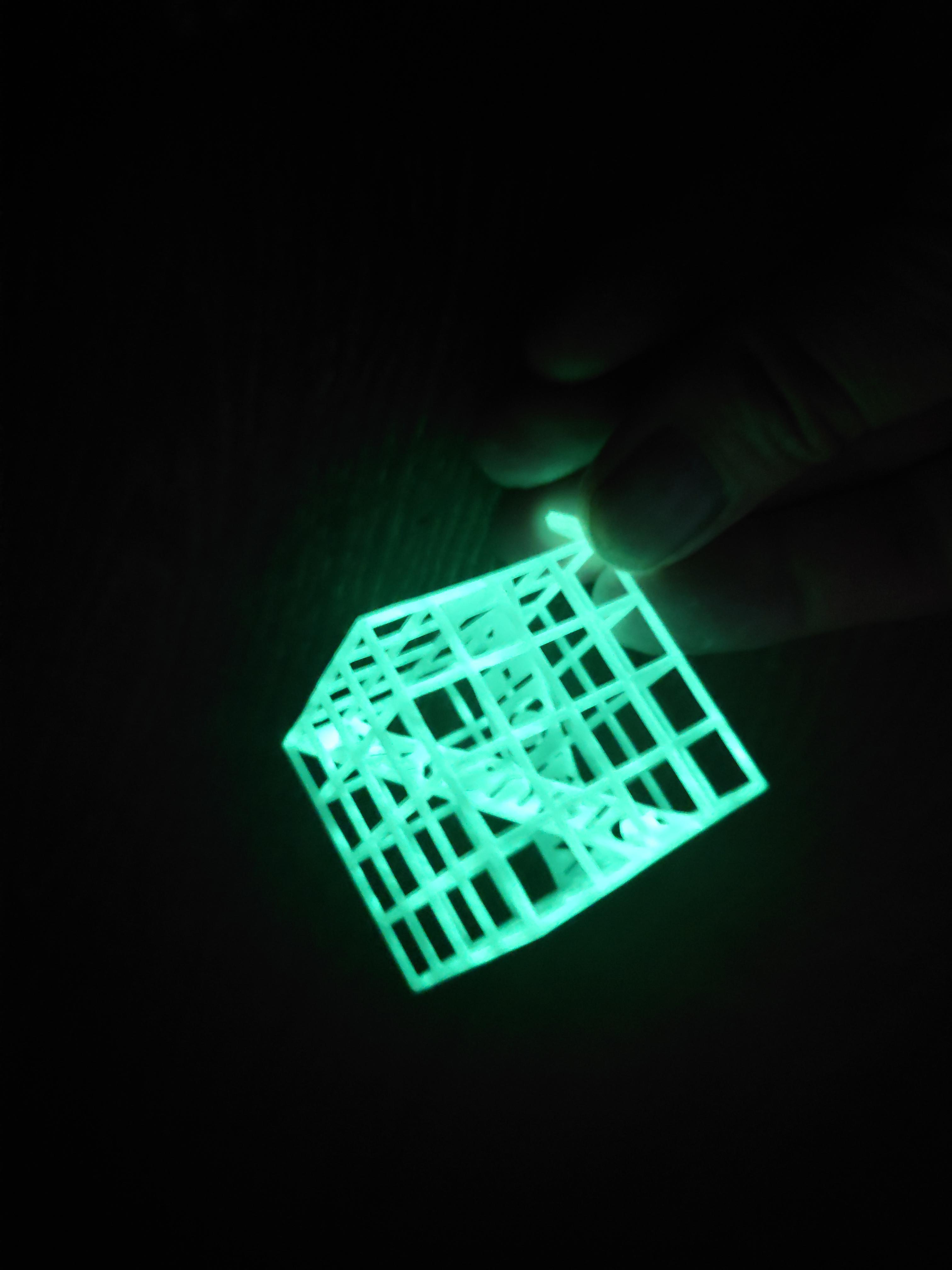 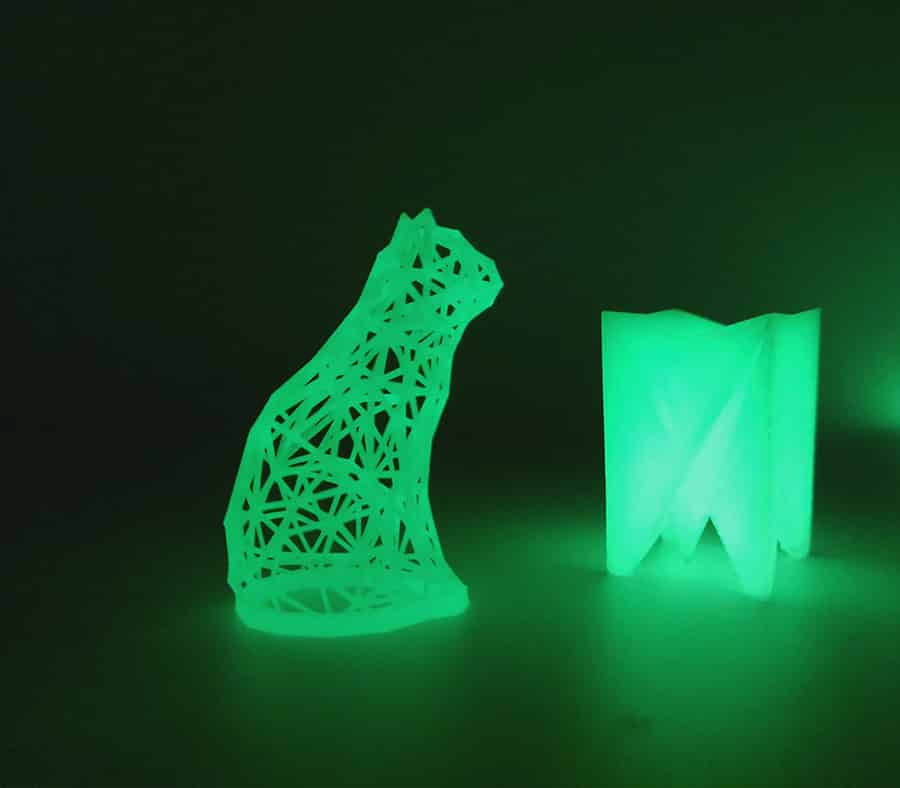 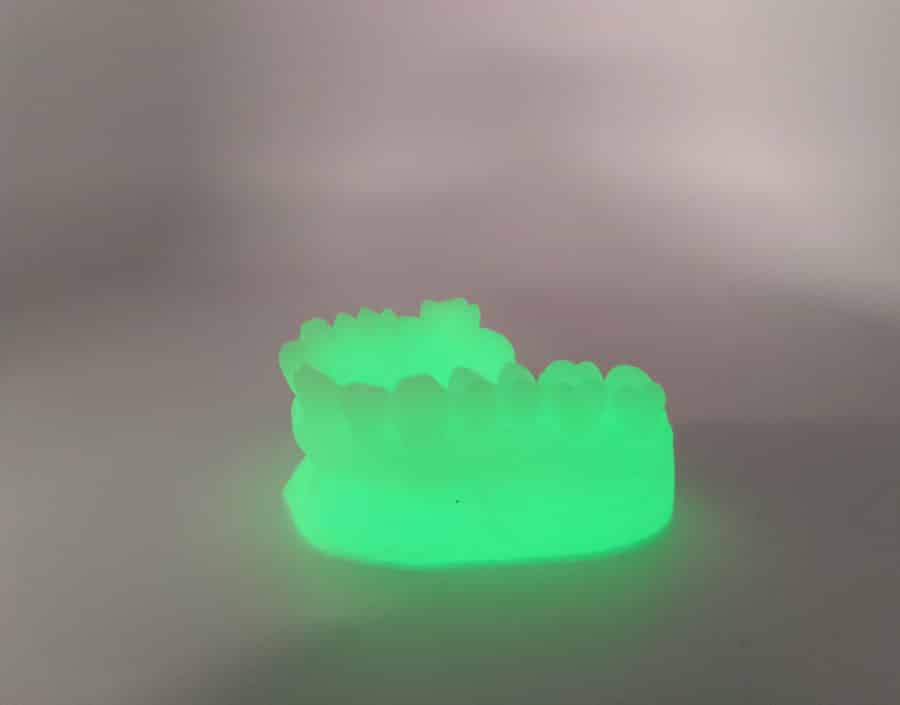 Last a video from our partner Atum3D. They optimized their DLP station 5 printer with Liqcreate Hazard Glow resin and made this video:

Liqcreate Hazard Glow is compatible with many 3D-printing platforms. It is compatible on Formlabs Form 2, Sprintray Moonray and many others. Print settings for many types of 3D-printers are published here. Please send us an email at info@liqcreate.com if your printer is not listed.

Liqcreate Hazard Glow is the first ever glow in the dark resin for SLA and DLP technologies in a range of 385 – 405nm. This material is optimized in having the highest possible glow-effect while remaining processable in DLP, MSLA and SLA 3D-printers.

Parts 3D-printed with Liqcreate Hazard Glow can be activated with almost every light source. It especially has a high glow effect when illuminated by a high amount of UV-light, like UV-curing units or direct sunlight, but can even be activated by a smartphone flashlight. Its beautiful glowing effects makes this material perfectly suitable to 3D-print a high variety of creations that deserve to be seen when the darkness strikes.